Super Bowl champion, 7-time Pro Bowler, and former New York JETS Cornerback, Darrelle S. Revis was fittingly born in Aliquippa, Pennsylvania, a city often referred to as the home of champions. Like the athletes they churn; tough, prideful and resilient, Aliquippa is known for producing a long list of quality professional NFL players. Born into a family of gifted athletes, some say Darrelle Revis was destined to add his name to that list. His mother, Diana was a high school track star, his Uncle Mark Gilbert was highly recruited, earning a spot on Duquesne University’s Basketball Team and his Uncle Sean Gilbert had an exceptional 11 year career in the NFL.

Darrelle was surrounded by a family that inspired him to be exceptional both on and off the field.As a tri-athlete at Aliquippa High School, he was named Pittsburgh Tribune Review 2003 Player of the Year, Pittsburgh Post-Gazette 2003 WPIAL Class AA Player of the Year, 2003 Pittsburgh Post-Gazette “Fabulous 22,” and broke the school’s record for most interceptions of any corner back; and that’s only football. In basketball, Darrelle led his team to the WPIAL Basketball Championships his junior and senior years as the team’s highest scorer, averaging 25 points per game. Revis also ran on the Quips track and field 4×100 relay team that placed third in the state championship. It’s no surprise that Darrelle Revis was highly recruited for both basketball and football. 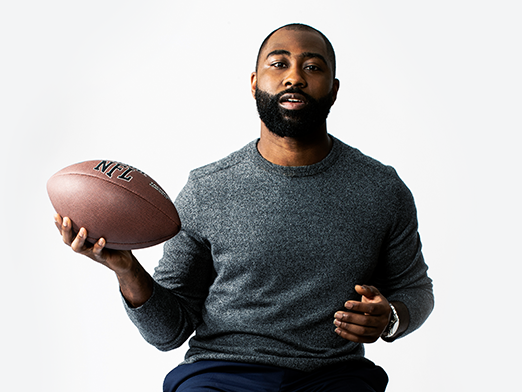 Darrelle accepted a football scholarship with the University of Pittsburgh. In true Darrelle Revis style, he instantly contributed to the Panthers and became their go to cornerback. As a Freshman Darrelle received All-America honors and All-Big East honors his sophomore and junior year.

In 2006, his final year as a Panther, Darrelle marked himself as a YouTube sensation after a 73 yard touchdown off a punt return against West Virginia went viral. The play also earned him ESPY’S 2006 Best Play of the College Football Season. The same year, he received ESPN’s 2006 College Football Player of the Year.

That January, Darrelle announced he would enter the NFL Draft and immediately became the top-pick cornerback. Suffering from a strained hamstring, Darrelle had to sit out of the NFL Scouting Combine, but with determination and hard work, he was able to return for Pro Day. Darrelle’s natural instincts and rigorous training earned him the 2007 NFL Draft’s 14th overall pick with the Jets.

After less than a week of practice, due to prolonged contract negotiations, Darrelle made his preseason debut against the New York Giants. He proved his worth and secured his position as a starting cornerback. Darrelle ended his rookie season with unparalleled stats, earning him the reputation as a preeminent “lockdown” cornerback. In-fact, Darrelle’s spot on the field was nicknamed “Revis Island” because of his ability to shut down receivers. In 2009, Darrelle was named AFC Defensive Player of the Year, and earned First-team, All Pro, an accolade he has received four more times. Darrelle also has been elected to the Pro Bowl seven times to date.

The 2012 season started out strong, but injuries struck Darrelle, first with a concussion and then a torn ACL. Through an arduous rehab program and Darrelle’s strength and perseverance, he began the 2013 season with the Tampa Bay Buccaneers. Breaking another record, this time off the field; Darrelle signed a $96 million contract making him the highest paid defensive back in NFL history. However, with careful consideration, Darrelle moved on to the New England Patriots for the 2014 season. He recognized instantly that he was playing for the right coach, in the right system, with the right team, at the right time, with all eyes on the ultimate goal; a Super Bowl Championship. His proudest accomplishment to date…the 2014 Super Bowl victory over the Seattle Seahawks.

Gracing NFL Top 100 Players once again, the future is bright for Darrelle Revis. Not only is he at the top of his game, he also finds time to prioritize family. Blessed with his daughter Deyani and his son Jayden, Darrelle spends his off time watching his daughter’s undefeated basketball team compete and enjoying baseball, Jayden’s favorite sport. Still looking to his uncles for support and guidance, Darrelle continues to evolve.

In the true spirit of “it takes a village to raise a child,” Darrelle knows the “village” has never been more necessary than it is today. With his commitment to give back, Darrelle established the Darrelle Revis Foundation (DRF). DRF’s mission is to educate America’s underserved inner-city youth on the importance of a healthy lifestyle. The foundation provides a weekend food assistance program to combat childhood hunger for students who rely on free or subsidized lunch. They also aid in developing positive attitudes and healthy habits through camps and mentorships, ensuring the adaptation of healthy and physically active lives. Through both of these programs, DRF is addressing the pillars that are essential for the nourishment, strength, growth and educational advancement of children living in urban landscapes across the country. The foundation serves as a true testament to Darrelle’s unrelenting commitment to his community.

Occasionally referred to as a Renaissance man, because of his love of art and predilection for chess, Darrelle continues to excel both on and off the field. He attributes so much of life’s lessons were learned on the field. “Football has taught me discipline, how to survive in critical situations throughout my life and how important it is to have a strong team around you. I’ve been fortunate to have a strong ‘team’ at home as well as on the field.” 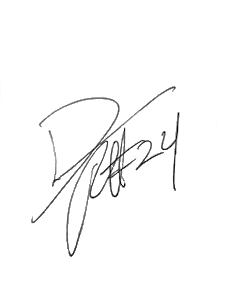 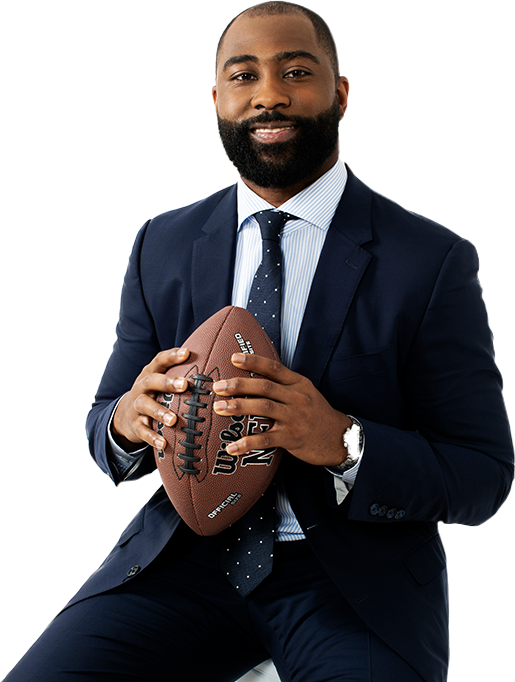